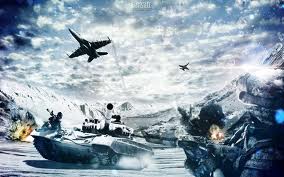 December 22nd, 2012.
In the middle of new-shooter-game season, I proposed that we make it a weekend to take a look back at 2011's Battlefield 3. It was last year's shooter but it has been receiving monthly updates and map packs and is still a joy to play. I was joined by quite a few community players and we had a great time.

Many thanks to all the players that joined and a big shoutout to +Henry Knox, host of KnoxBroadcast and resident BF3 expert, who put the word out to help get this shindig off the ground. We were also joined by AceBlack, CoolKev, JoeCoolBomb, MajorLinux , Nightmare756, and more epic players from the OpenForum Radio community. 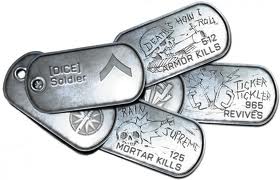 Unfortunately, you can't say much about Battlefield without comparing it to other games in the genre. Battlefield 3 stands on its own as a fully fleshed-out shooter, yet as it pulls from its lineage as a PC-based shooter it has many quirks that sets it apart from its various console counterparts. Getting in a game with your party of more than 4 people on xbox live is probably the most glaring of its quirks. However, Battlefield does well to promote teamwork which brings out quite possibly the best opportunities for great trash talking. Call of Duty this, Halo that, kill/death ratios and the like- the trash talk, especially between Knoxx and AceBlack, was hilarious.

The best game of the night: http://battlelog.battlefield.com/bf3/battlereport/show/72273988/2/175713729/
This was a Rush game-type which basically has one team defending two capture points while the other is charged with attacking them. The attacking team wins if they capture all sets of points; the defending team wins if they kill all of the attackers or if they can successfully defend a section of capture points until time expires. This match was particularly exciting because our party was split and mismatched on opposite sides. With all of us using headsets and microphones any kind of strategy was worthless as everyone could hear the directions both sides were giving for attacking and defending. 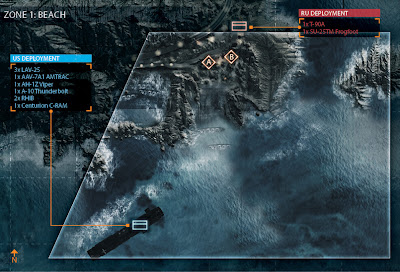 I was on the defending side, Bravo Squad. On the first set of capture points the attackers easily stormed the beaches and attacked the A point. After starting the match focused on protecting the beach there was little time to retreat to A and disable the countdown ticker. We had lost A. So, our efforts turned to protecting B. The B point is not out in the open, like A, it's sheltered in a small room with a front door and back door as the only entry points. Fortunately for us the destructible environment did not apply to this building, as we were able to barricade ourselves within with little fear of the building crumbling around us. We managed to hold off the attackers until they have about 10 men/lives left. We held off jeeps, boats, helicopters, jets, and all of their foot soldiers until, finally, the attackers got in the bunker, armed the bomb and we couldn't disarm it. We lost first section and were forced to retreat.
Protecting A and B on the second round was even more difficult as the attackers had full access to more tanks, jets and other vehicles to thwart our defenses. After being defeated on the first round we were crushed, the emotional rollercoaster that is Battlefield 3 got the better of us. We made a valiant effort on the middle points, but were ultimately overrun... the attackers took the final set of capture points in what seemed like seconds, and with that the game was over. A spectacular battle, epic teamwork, a crushing defeat, and tons of trash talk  I'll take that over cod and zombies any day. Good times. 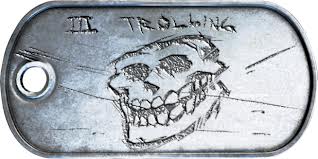 For me, Battlefield 3 is just as good if not better than the offerings from Call of Duty and Halo, not for what it does the same as them, but for what it does differently from them. It's not without its quirks, but each experience is unique, exciting and over the top. I had a great time getting out of the Halo 4 grind with some cool people to play some Battlefield 3, and I look forward to future gamenights. 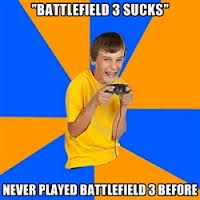