Howard Sims (January 24, 1917 – May 20, 2003), also known as "Sandman", was a tap dancer in vaudeville. He acquired his name from the sand he sprinkled on the floor to amplify the sound of his steps when he danced. In his senior years, Sims appeared at the famous Apollo Theater, comedically ushering failed acts offstage with a shepherd's crook, or "hook". He appeared in a 1990 episode of The Cosby Show as Rudy's tap dancing teacher, facing off against Cliff (Bill Cosby) in a good natured tap challenge. Sandman was featured in the 1989 dance film Tap, along with Sammy Davis Jr, Gregory Hines and Savion Glover.

Sims was skilled in a style of dancing that he performed in a sand box. His mini-stage was a 3-foot square made of 2x4's with a galvanized tin floor, which (at least in later years) he had rigged to a microphone. Sims used to travel the United States challenging all tap dancers he came across to dance-offs.

Howard "Sandman" Sims was a tap dancer, a practitioner of a style of dance in which a beat is loudly, clearly tapped out by a dancer sporting specially-made hard-soled shoes with metal plates, or taps, on their heels or toes. He developed his own distinctive dance style, in which he tapped on sand, and he was among the legendary black American entertainers whose careers linked nineteenth-century slave and minstrel-show dancing first to the glory years of vaudeville and then to the popularity of such contemporary tap dance stars as Gregory Hines and Savion Glover.

Sims was born on January 24, 1917, in Fort Smith, Arkansas, but he grew up in Los Angeles. He first tap-danced at age three--and never formally studied tap or any other dancing style. "I was born dancing," Sims told the New York Times's Jennifer Dunning in 1977. Of his childhood, he recalled, "It was just a whole big dancing family." He added, "When I got up off the ground, I danced. I was just full of rhythm. I used to wear the toes out of my shoes, so my mother put steel taps on them, and that really did it. My sister and I were doing Buck and Bubbles (a celebrated black-American rhythmic tap dancing/piano playing duo who earned acclaim during the 1920s) before they ever arrived."

Sims earned the nickname "Sandman" because of his specialty: dancing on a board covered with sand, or dancing on sand sprinkled on the floor of the stage. By moving his feet on the sand, he produced a variety of distinctive brushing, grinding sounds. His sand dancing dates from his adolescence in the 1930s, when he aspired to become a boxer. "I broke my hand," he explained to Dunning, "so I went to play around, moving my feet in the rosin box instead. People got so that they'd rather see me in the rosin box than in the ring." Consequently, he was inspired to duplicate the technique in his dance moves. "First I glued sandpaper on my shoes, and I wore my mat out. Then I glued sandpaper on the mat and wore my shoes out. Then I put loose sand in a box with a sounding board that can be miked, and on that board I am the world's greatest sand dancer." He added, "The hoofer uses the whole foot.... In tap, you use the toe and the heel.... The steps are not taught: You create them as you go along. You never do the same thing twice. It's not the steps, but the sounds."

After toiling in obscurity as a dancer on the West Coast and in Latin America, Sims arrived in Harlem, New York's renowned African-American community, in 1947. He soon established himself as a local personality, primarily performing at the famed Apollo Theater. Starting in the mid-1950s, he served as the theater's stage manager. One of his duties was as the "executioner" during the Apollo's renowned Wednesday night amateur competitions, during which a gaudily-dressed Sims would comically chase unpopular performers off the stage. He continued in this capacity semi-regularly through the 1980s. He liked to joke that he himself was booted off the stage during his first ten Apollo appearances. He persisted, however, and eventually won a record 25-straight amateur contests.

Despite his Harlem success, Sims never became a nationally acclaimed dance headliner of the caliber of Bill "Bojangles" Robinson, Fred Astaire, Gene Kelly, Ray Bolger, Buck and Bubbles, or the Nicholas Brothers. During the 1950s and 1960s, as tap dancing went out of vogue, Sims struggled professionally. He supplemented his work at the Apollo by teaching dance, operating a café, and toiling as a mechanic and carpenter. Most significantly, he tutored future dancing stars Gregory Hines and Ben Vereen, and taught boxers Sugar Ray Robinson and Muhammad Ali how to deftly move their feet in the ring.

Beginning in the late 1960s, a nostalgia for traditional tap dancing flourished among dance enthusiasts, and Sims became cherished as a practitioner of a beloved American art form. He regularly performed solo or on programs with other dancers in New York and elsewhere. In 1969 he and several veteran tap dancers opened in Tap Happening, a revue which played Off-Broadway for several years. Each show featured a "challenge," in which the performers would endeavor to outshine one another in a street corner-style dance contest.

During the 1980s, Sims was at the center of what had become a full-scale tap dance revival. Throughout the decade, he toured the world as a representative of the U.S. State Department, becoming an unofficial ambassador of tap dance. He was featured in various documentaries on tap dancing, most significantly George T. Nierenberg's No Maps on My Taps (1979) and Tap Dance in America (1989), a PBS special. He appeared as a hoofer in Francis Coppola's The Cotton Club (1984), but his most significant screen role was in Tap (1989), a fictionalized homage to tap dancing starring Gregory Hines, Sammy Davis Jr., and Savion Glover. Sims' character was called "Sandman," and was based on himself. In once sequence, he partook in a memorable tap dance "competition" with several peers. In a similar vein, he played a tap dance teacher in "Mr. Sandman," a 1990 episode of The Cosby Show.
Sims's career was paid homage in The Sand Dancer, a verse play written by Sandra Hochman, which combined dialogue, dance, music, and filmed images. The play, in which Hochman equated Sims to a poet, was presented in New York in 1986, and featured Sims in a cameo appearance. In her New York Times review, Anna Kisselgoff noted Sims' "brief solo" in which he "delights us when he suddenly springs out to dance upon his traylike box covered with sand."

In his senior years, Sims' expertise as a tap dance artist was acknowledged by critics. In her review of The Sand Dancer, Kisselgoff described Sims as "a virtuoso among virtuosos--in a class by himself" and "an innovator in a traditional art." Also in 1986, the Times's Jack Anderson dubbed Sims "one of our finest tap dancers." Reviewing a program, titled "The Tap Tradition" and presented at New York's Symphony Space, Anderson observed, "Mr. Sims moved deftly. Often, he let his feet just whisper to the floor. Then his taps started chattering and at times he punctuated his phrases with bright bursts of sound." Anderson reported that, after his performance, Sims conversed with the audience and declared, "Anyone can dance. Dancing is nothing but walking." Sims added that "everything in nature dances," and offered impersonations of dancing frogs, camels, ducks, and elephants. 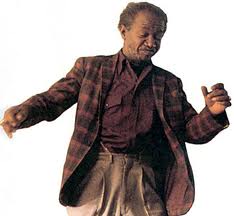 Sims felt a responsibility for passing on his knowledge and love of tap dancing to others, and to young people in particular. In 1984 he received a National Heritage Fellowship, a $5,000 prize presented by the Folk Arts Program of the National Endowment for the Arts. He employed his winnings to transform part of a Harlem parking lot into an outdoor dancing school for children. "Hoofing is not a dying art form," he told the New York Times's Dunning. "Some people have lost the art, but we have never quit dancing."
Sims died in The Bronx, New York, on May 20, 2003 at age 86; he suffered from Alzheimer's disease, diabetes, and an ulcer. Twenty-six years earlier, he told Dunning, "I'm in show business not for a season, but a reason.... I want to just dance my way away at the end."