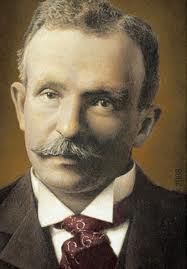 Charles Waddell Chesnutt (1858 - 1932) distinguished himself as a prominent writer of short stories, essays, and novels. He addressed issues of race relations and slavery in his work, using irony and humor. Later in his career, he became a social and political activist.

Chesnutt was born on June 20, 1858, to Andrew Jackson Chesnutt and Ann Maria Sampson in Cleveland, Ohio. Both his parents, who were free Blacks from Fayetteville, North Carolina, had moved to Cleveland in 1856 to pursue the greater opportunities for Blacks in the northern states. When the Civil War ended in 1865, the family returned to Fayetteville where Chesnutt spent his remainder of his youth. Both of his parents were of mixed ancestry, and his paternal grandfather is known to have been a white farmer. Chesnutt’s skin tone was light enough that he could have passed as a white man, and this miscegenation later came to influence his writings.


As a young man, Chesnutt attended a school called the Howard School for Black Children. He was an avid and talented student from age nine, and by 1872, at age 14, he had become a student teacher. In 1877, the state of North Carolina approved the establishment of a teacher training school for Blacks and Howard School was chosen to become the State Colored Normal School. At age 19, Chesnutt became the assistant principal of the school and by 1880, the principal. He sought further education by learning foreign languages, algebra, and history from tutors. Chesnutt married Susan Perry, a fellow teacher, in 1878.

Chesnutt had dabbled in story writing as early as age 14 when he wrote a tale about the evils of dime novels, but it was following his marriage and the birth of the first of the couple’s four children that his literary ambitions gained momentum. He began writing newspaper articles but found little support. In 1883, he resigned his post as principal and moved to New York City to become a reporter for several newspapers. But seeking a better environment for his family, he returned to Cleveland the following year where he found work as a legal stenographer. Chesnutt continued to write, focusing on fiction, but made his living by starting a successful stenography business. In December 1885, at age 27, Chesnutt wrote a short story called Uncle Peter’s House that was published in the Cleveland News and Herald, marking his first notable achievement as a writer.

He continued to publish stories, including an 1886 appearance in the magazine Family Fiction. His works addressed the issue of being Black in America, and the nuances of racial and social roles. He used humor and irony in a manner that did not alienate white readers, who enjoyed his work. His contributions landed in such publications as Tid-bits, an eclectic and inexpensive literary magazine, and its competitor, Puck. Still unable to earn a living by writing, Chesnutt took and passed the Ohio bar exam in 1887. But in August of that year, The Goophered Grapevine, a short story of Chesnutt’s that examined the relationship between slave and master as it unfolds around a cursed grapevine, was published in the Atlantic Monthly. It was the first literary piece written by an African American to be published in the prestigious magazine.

Chesnutt’s ability to incorporate into his work the unique views of a racially mixed man was welcomed by the mainstream literary community. His nuanced perspective as a very light-skinned Black allowed him to dissect complex issues surrounding the racial tensions between Blacks and Whites. Several of Chesnutt’s noted short stories, including The Goophered Grapevine, were compiled into his first book, The Conjure Woman, published by well-respected Houghton-Mifflin in March 1899. The theme of black resistance to white oppression was told by the narrator in a heavy southern black dialect. The same year, a second collection of short stories, The Wife of His Youth, was published. Both books addressed the serious issue of slavery with great wit and accessibility, with the latter book delving more into northern, metropolitan views and dynamics. His third book, Frederick Douglass, was a biography of the 19th century abolitionist.

At the height of his popularity, and for the first time able to survive from the proceeds of his writing, Chesnutt closed his stenography business. His first full published novel, The House Behind the Cedars, was unveiled in 1900 and diagramed the south’s color lines from the perspective of two racially mixed characters. The Marrow of Tradition was Chesnutt’s most ambitious novel and was published in 1901. It addressed the 1898 Wilmington Race Riot, the violent overthrow of a North Carolina town by white supremacists. White critics, however, felt that the book’s plot took too many liberties in its characterization of Whites and that its moral tone was too bold. The work was poorly received both critically and commercially, and Chesnutt returned to stenography in order to pay the bills.

While he continued to write stories and books, including another ambitious novel entitled The Colonel’s Dream, Chesnutt focused much of his attention on social and political activity. He contributed to The Negro Problem, a collection of essays written by black activists including Booker T. Washington and W.E.B. Du Bois. In 1907, he helped to organize the National Association for the Advancement of Colored People. Chesnutt died on November 15, 1932, at age 74 in his hometown of Cleveland. 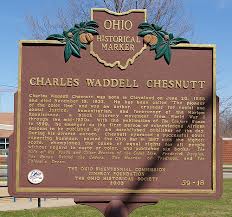 As the first widely recognized African American fiction author, Chesnutt not only set a new standard for the participation by Blacks in America’s cultural landscape, but also used his influence and subtle humor to encourage progressive social and political ideas. He was honored with numerous accolades during his life including the Spingarn Medal. His work remains popular, and much of it is available in new editions to this day.