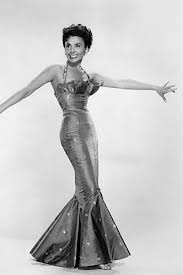 Lena Mary Calhoun Horne was born on June 30, 1917, in Brooklyn, New York, the daughter of a banker and an actress. Her parents divorced when she was 3, and because her mother traveled as part of various theater troupes, Horne alternately accompanied her on the road and stayed with family and friends around the country.


At age 16, Horne dropped out of school and began performing at the Cotton Club in Harlem. A few years later, she joined the Noble Sissle Society Orchestra, using the name Helena Horne. Then, after appearing in the Broadway musical revue Lew Leslie's Blackbirds of 1939, she joined a well-known white swing band, the Charlie Barnet Orchestra. Charlie Barnet was one of the first bandleaders to integrate his band, but because of racial prejudice, Horne was unable to stay or socialize at many of the venues in which the orchestra performed, and she soon left the tour. In 1941 she returned to New York to work at the Café Society nightclub, popular with both black and white artists and intellectuals.


A long run at the Savoy-Plaza Hotel nightclub in 1943 gave Horne’s career a boost. She was featured in Life magazine and became the highest-paid black entertainer at the time. After signing a seven-year contract with MGM Studios, she moved to Hollywood, where she filmed movies like Stormy Weather and Cabin in the Sky. Producers quickly realized that she was a difficult woman to cast, however. She could only get limited roles in films with whites, and her light skin made it difficult to cast her alongside popular African-American actors in full-color films. Horne also refused to accept parts that stereotyped African-American women, and she was shunned by the community of black actors.

By the end of the 1940s, Horne had sued a variety of restaurants and theaters for discrimination and become an outspoken member of the leftist group Progressive Citizens of America. McCarthyism was sweeping through Hollywood, and Horne soon found herself blacklisted. Since she was unable to work in film, television, theater or recording, she performed primarily in posh nightclubs around the country. The ban eased in the mid-1950s, and Horne returned to the screen in the 1956 comedy Meet Me in Las Vegas.

In spite of having been blacklisted, Horne remained active in the civil rights movement. She performed at rallies around the country on behalf of the National Association for the Advancement of Colored People and the National Council for Negro Women, and participated in the 1963 March on Washington.

In 1970 and 1971, Horne’s son, father and brother all died. Though she toured with Tony Bennett in 1973 and 1974 and made some television appearances, she spent several years mourning and was less visible.

Horne made her final film appearance in the 1978 movie The Wiz. The film was a version of The Wizard of Oz that featured an entirely African-American cast including Michael Jackson and Diana Ross, and Horne played Glinda the Good Witch. 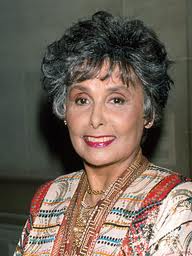 In 1981 she made a triumphant return to Broadway with her one-woman show Lena Horne: The Lady and Her Music. The show ran on Broadway for 14 months, then toured in the United States and abroad, and won a Drama Desk Award and a Tony Award, as well as two Grammy Awards for its soundtrack.

In 1994 Horne gave one of her last concerts, at New York’s Supper Club. The performance was recorded and was released in 1995 as An Evening With Lena Horne: Live at the Supper Club, which won a Grammy for Best Jazz Vocal Album. Though she contributed occasional recordings after this, she largely retreated from public life.

Horne was married to Louis Jones from 1937 to 1944, and they had two children. She married Lennie Hayton, a white bandleader, in 1947, but they kept their marriage a secret for three years. They separated in the 1960s but never divorced.

Posted by SherrysJoy at 7:32 AM