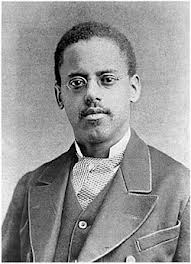 Lewis H. Latimer ( 1848-1928) was a leading engineer in the formative years of the electric power industry at the end of the 19th century and the beginning of the 20th. He was a key member of the legendary group of inventors led by Thomas Edison.

Latimer was born in Chelsea, Massachusetts, on September 4, 1848, to George Latimer and Rebecca Smith. Latimer’s father was well known as the central figure in a cause célèbre in Boston in 1842 when he was arrested as an escaped slave and ordered returned to his owner in Virginia. Thousands of Bostonians, with Frederick Douglass and William Lloyd Garrison leading the way, took up his cause. Latimer’s father was able to keep his freedom—and Latimer himself escaped being born into slavery—when a black Baptist minister named Samuel Caldwell raised the substantial sum of $400 from his congregation to pay off the owner.


As a child, Latimer excelled in school whenever he was allowed to attend, but for the most part, he was forced to assist in his father’s barbershop. When the U.S. Supreme Court ruled in 1857 that a slave named Dred Scott could not sue for his freedom, Latimer’s father, who had become a prominent activist for African American rights, went into hiding. As a result, Latimer and his two brothers were sent to a state school where residents were treated more like captives than children. As their parents had done before them, they gained their freedom by escaping. In 1864, at age 16, Latimer joined the Navy. His tour of duty lasted less than a year as the Civil War came to an end, and the Union discharged soldiers and sailors no longer needed. Latimer returned to Boston, and was able to secure modest work with a patent attorney.

He began as an office assistant, but when the firm discovered he had exceptional talent for drawing, Latimer was elevated to the position of draftsman, a key role in the preparation of patent applications because of the U.S. Patent Office’s strict requirements for illustrations. Later, promoted to chief draftsman, he prepared drawings for Alexander Graham Bell’s historic patent for the telephone. Meanwhile, immersed in this arcane world, Latimer began to focus on the inventions themselves, and he became increasingly preoccupied with dreaming up some of his own.

Latimer married Mary Wilson Lewis in 1873, the year before he was granted (as co-inventor) his first patent. The invention now seems humble—an improved toilet for railroad cars—but railroads in the 1870s represented the acme of technology and Latimer, as an inventor, felt that new technology would be the core of his success. In an effort to become well versed in machines and engineering, Latimer left the patent firm and moved to Bridgeport, Connecticut, where he found work as a draftsman in a machine shop. Here, his talents caught the attention of Hiram Stevens Maxim, a prestigious inventor of many devices from mousetraps to machine guns, and founder of the United States Electric Lighting Company in New York. Maxim hired Latimer away from the machine shop and gave him the job of producing drawings for electrical installations.

Latimer was quick to comprehend the technologies common to the nascent industry, and he rapidly became knowledgeable in the field. Noticing his de facto graduation from draftsman to electrical engineer, Maxim put him in charge of equipment production and installation, and then followed by recruiting Latimer to be a key member of a team developing a new, longer-lasting light bulb filament. Maxim’s good judgment was affirmed in 1882 when Latimer was awarded a patent on an innovative process he devised to manufacture the new bulb. This invention is now considered to represent a critical technical achievement in the evolution of electric light.

Maxim and the famous inventor Thomas Edison were rivals, and Edison took advantage of Latimer’s departure from United States Electric Lighting to lure him, in 1884, to his own company. As usual, Latimer was hired as a draftsman, but Edison was well aware of his other talents, and named him to a team set up to refine the use of patents in protecting the company’s inventions. His unique qualifications as an engineer, patent expert, and active member of the industry allowed him to play a leading role in the group and more generally during his tenure with Edison. When disputes rose to the level of litigation, he proved a frequent and effective witness on behalf of the company. In 1892, Latimer was asked by Edison to help smooth the company’s merger with another corporation to form General Electric. In 1896, he was named to the Board of Patent Control, a joint venture formed by General Electric and its rival Westinghouse for cross-licensing patents. Edison had so much confidence in Latimer as an engineer that he commissioned him to write Incandescent Electrical Lighting, a Practical Description of the Edison System, which would become a standard reference. 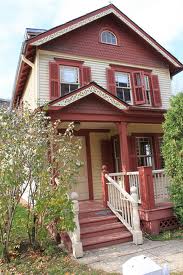 In 1911, Latimer left General Electric to become a private consultant. His greatest honor came in 1918, when he was included in the formation of an elite group of inventors known as the Edison Pioneers. He continued to work on inventions and patents until the early 1920s, when he was slowed by failing eyesight and a stroke. Though he had dedicated his life to engineering and invention, Latimer also was a musician, a painter, and a poet of considerable accomplishments. In retirement, he spent much of his time teaching English, engineering, and drafting to immigrants. He died in New York on December 11, 1928, at the age of 80. His Flushing home is designated as a New York City landmark.