My Gaming Tastes as of Late

My Gaming Tastes as of Late: 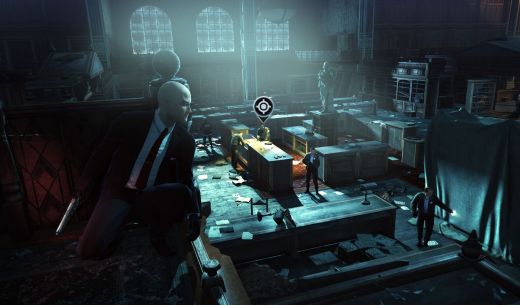 Courtesy of pplware.sapo.pt
So, just before typing this, I just put Hitman: Absolution back in the GameFly envelop just 9 hours after having it in my hand for the first time.
Now from what I heard about the game, it was fairly decent and I’m not here to say otherwise.  From what I’ve played, it seemed okay. The reason why its going back to GameFly so soon is because I just couldn’t get into it.
I have what I feel like a lot of people might consider a dream job.  I work from home and given my hour change, I don’t ever have to come into the building unless I want to.  What may be unappealing about it is that I work 3rd shift and either nobody is awoke when I am locally (except for other 3rd shift coworkers) or I’m not awoke when everyone else is.
I state that to say that I have what seems like the most ideal opportunity to play video games with minimal distraction (occasionally, I have to do work, but there are pretty defined moments where there isn’t anything happening and my lunch break). This allows me to focus on the game a little more. It even helps for me to understand what kind of gamer I am and what games that I enjoy. Due to this, I am starting to understand that games like Hitman: Absolution and Max Payne 3 aren’t really my speed.  I’m not sure why.
I know this may sound very weak, but with Hitman, while I can solve problems given enough time, I’m not one to solve them with a gun pointed at me, let alone a dozen.  I understand that the game allows you to start over at various checkpoints and try again and is built to have the user try multiple approaches to the same problem, but I feel as if I don’t really have much time for that.  I feel its more about the openness of the game.  Its great that I can attack the problem from more than one angle, but its like a Rubik’s Cube. One turn one way may screw you in another way. Its a little too limiting for me with what you are able to use even though, from what I’ve seen of past Hitman games, it seems to add more things to it like “Instinct” to help make the game a little more accessible.
I’m starting to think that the only games that I like to play, besides various sports games (as they do not have much of and end game and I can pick up and play whenever), are strictly linear games that tell me where I’m supposed to go and have one specific problem to solve or completely open world games that allow me to chose what I want to do and once you do become somewhat linear after you made the choice.  This must be why I liked games such as Sleeping Dogs, Far Cry 3, the GTA series and Spec Ops: The Line (even though most of those games were open-world/linear mission).
I will continue to use GameFly to help out with any other gaming discoveries to see if there are more games that I may enjoy that I haven’t discovered.
Still not sure about Max Payne 3, though…