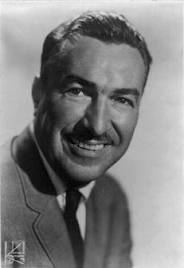 Adam Clayton Powell, Jr. (1908 - 1972), was New York City’s first black congressman. Representing the residents of Harlem in the nation’s capital for two and a half decades as a forceful advocate for African American causes, he rose steadily in power to become one of America’s most influential and effective politicians during the 1960s
and the Civil Rights era.

Powell was born in New Haven, Connecticut, on November 29, 1908, the son of the Reverend Adam Clayton Powell, Sr., and Mattie Fletcher Shaffer. The year after his birth, his father was appointed minister of the Abyssinian Baptist Church in New York City, where the family took up residence and Powell attended school. In 1923, Reverend Powell moved his church and family uptown, to Harlem, where the church grew to become the largest congregation in America and a major force in the black community.


After the Great Depression began in 1929, the young Powell ran a soup kitchen serving hard-hit Harlem. There, he earned a reputation for tremendous compassion. It was said, for instance, that Powell gave his own shoes to a man unable to find the right size in the church shoe bin. Following a brief stint at the City College of New York, Powell entered Colgate University in upstate New York in 1930. His plan was to become a surgeon, but on graduation, he decided to follow his father’s footsteps—and advice—and study for the ministry, eventually earning a degree in religious education from Columbia University in 1932. In 1933, ever active in Harlem’s late-night social scene, he married a dancer from the famed Cotton Club, Isabel Washington. He succeeded his father at the helm of the Abyssinian Baptist Church in 1937. 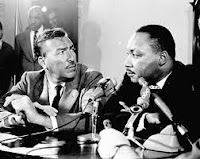 Before and after assuming leadership of the church, Powell was active in the world of politics. In 1935, he helped found the National Negro Congress, a coalition of black leaders, preachers, labor organizers, workers, businessmen, and politicians. Powell also wrote a column for a Harlem weekly called the Amsterdam News, and took the first steps to increase employment opportunities for African Americans by pressuring New York’s telephone and utility companies, its transit system, its colleges and universities, and even the 1939 World’s Fair to hire Blacks. During the 1940s, in the midst of war, Powell published his own weekly newspaper, The People’s Voice. He also moved easily in traditional political circles, gaining appointment to positions in the New York Office of Price Administration and the Manhattan civil defense committee. In the midst of all this, he published a history of the African American struggle for freedom and equal rights.

Powell was elected to the New York City Council in 1941. After serving for just three years, with the Council seat and his church as twin political bases, he won election to become Harlem’s first representative in Congress. Powell was outraged when he arrived in Washington to find that Jim Crow House rules banned even a member of Congress from its dining rooms, barbershops, and other facilities. He effectively ended this segregationist practice, however, by simply ignoring such bans and encouraging his staff to do the same. He also put an end to the tradition of excluding black reporters from the House press gallery.

Powell’s years in Congress were marked by a direct, confrontational style and unwavering support for progressive causes. He never missed an opportunity to back equal employment opportunities for Blacks, and repeatedly introduced legislation to eliminate discrimination in federal agencies and by federal contractors. In 1956, impatient with the influence of the southern segregationists who made up a significant wing of the Democratic party, Powell shocked his fellow Democrats by endorsing Republican Dwight D. Eisenhower in the President’s successful bid for reelection.

Powell divorced his first wife in 1945, and married pianist and singer Hazel Scott. This second marriage also ended in divorce, and in 1960, he married Yvette Flores, daughter of the former mayor of San Juan, Puerto Rico. In the same year, he made an error that haunted him to the end of his life. During a radio interview, he made inflammatory, off-the-cuff comments about another resident of Harlem, an action that led to a successful libel suit. When he refused to pay the judgment, Powell was cited for contempt of court, and this eventually led to an investigation of all his affairs by a Congressional committee. 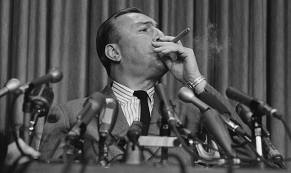 From 1961 to 1967, as Chair of the House Committee on Education and Labor, Powell secured the passage of a series of groundbreaking laws promoting equality and equity in employment and education. These included acts establishing the federal minimum wage, vocational training programs, and the expansion of student loan and grant programs. But in 1967, after the investigative committee issued its findings, the House took the unprecedented, and it was later determined, unconstitutional step of voting to expel Powell from Congress. Harlem voters, though, refused to elect anyone else to fill his seat, which sat empty until 1969 when the House allowed his return. By this time, however, Powell had little influence or power, and in the 1970 primary, he was defeated by Charles Rangel. Exhausted and seriously ill, he resigned as minister of the Abyssinian Baptist Church and retired to Miami, Florida, where he died on April 4, 1972, at the age of 63. Powell’s life had extreme highs and lows, but he nevertheless left a legacy of historic proportions in the struggle for equal rights.