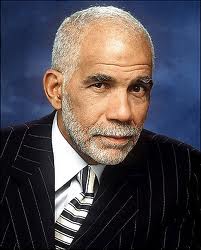 Edward Rudolph Bradley, Jr. (1941 -2006), was an American broadcast journalist, first in radio and then in television. He is best known for his work as an investigative reporter on the CBS television program 60 Minutes, for which he won 20 Emmy awards in the course of a 26-year career.

Born in Philadelphia, Pennsylvania, in 1941, Bradley was just two years old when his parents were divorced. He was raised by his mother, Gladys, and only saw his father subsequently during summer visits to Detroit. Bradley attended St. Thomas More high school before enrolling at Cheyney State College where most students were pursuing careers as teachers. Before graduation, a disc jockey from radio station WDAS in Philadelphia came to speak to Bradley’s class about using radio as an education technique. Bradley, however, was intrigued by the life of a “DJ” and arranged for a tour of the station.


It was a turning point in his life. Bradley decided that he, too, would be a radio DJ, though he did earn his degree in education in 1964. Soon after, he volunteered at WDAS, and began taking on news assignments simply because there were more opportunities to be on the air with news than with music. He earned a living as a sixth grade teacher, but sated his passion by reading wire service reports on the air. In 1965, when riots broke out in Philadelphia, sources Bradley had cultivated in the African American community let him know where the action was, and he chased it. WDAS had no recording equipment, so Bradley reported on the riots from a pay phone, interviewing local players in the movement by passing the handset back and forth. WDAS was sufficiently impressed to begin paying him for his work.

After covering a 1966 speech delivered in Philadelphia by Martin Luther King, Jr., Bradley knew he wanted to be a journalist full time. He kept his position as a teacher but began applying for journalism positions. In 1967, he was hired by the prestigious WCBS in New York City. As the flagship station of the CBS Radio Network, WCBS was the pinnacle of radio journalism with its studios located in the heart of midtown Manhattan. Here, Bradley continued to report the news as he had at WDAS, only now he did so as the only African American journalist on the air in New York City.

Bradley arrived at the station just in time to see it become a 24-hour news station, one of the first of its kind in the country. His peers included other up-and-coming greats of the industry such as Charles Osgood and Pat Summerall. Bradley remained at WCBS for four years before moving to Paris, where he eventually became a stringer for CBS News on broadcast television. His first major assignment was to cover the Paris Peace Talks of 1971/1972 where the United States, the Soviet Union, and North and South Vietnam were attempting to formulate a peace plan. Bradley’s capable coverage earned him a transfer to Saigon and work on the front lines of the Vietnam War. He was wounded by a mortar round in 1973 and moved to the CBS Washington, DC bureau. However, he returned to southeast Asia to cover the fall of Saigon in 1975.

In 1976, Bradley was assigned to report on the Presidential campaign of a candidate named Jimmy Carter. Carter won the presidency, and Bradley became the CBS White House correspondent, the first African American to represent a major television network at a national level. His reporting was seen and heard in homes across America, and Bradley had his first taste of real fame. 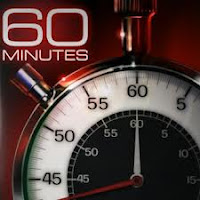 During the late 1970s, Bradley served a number of roles at CBS, doing stints as principal correspondent for the program CBS Reports and serving as the anchor for the CBS Sunday Night News. In 1979, Bradley made headlines’ and earned his first Emmy with a report on the “Boat People,” detailing the plight of southeast Asian refugees. He found the job that came to forever identify him in 1981 when he took the position of staff reporter on 60 Minutes. Among the first of what came to be known as television news magazines, the impact of the show’s stories on the national consciousness was enormous. For Bradley, it was an opportunity to interview people from all walks of life, and his many Emmys, most awarded for work done on 60 Minutes, illustrate the commitment with which he pursued that opportunity.

In 1983, Bradley won Emmy awards for two completely different kinds of stories: one was on convicted murderer Jack Henry Abbott, and another on singer Lena Horne. His 2000 interview with Timothy McVeigh was the only televised one the convicted bomber granted in the wake of the 1995 attack. Bradley’s in-depth report on the Columbine school shootings revealed clues that school officials had chosen to ignore. “The Catholic Church on Trial” was a report in which 60 Minutes examined the reality of the church following allegations of child molestation by priests. Bradley was relentless in his pursuit of journalistic excellence. He was pouring over thousands of pages of documents in a sexual assault trial at Duke University, which had captured national headlines, when he was forced to slow his pace due to failing health. At age 65, Bradley died of complications from chronic lymphocytic leukemia at New York’s Mt. Sinai Hospital in 2006. In addition to his 20 Emmys, Bradley received numerous awards in the course of his lifetime, including a Peabody Award for “Death By Denial,” a comprehensive report on AIDS in Africa, a Robert F. Kennedy Journalism Award, the Paul White Award from the Radio and Television News Directors Association, and the George Polk Award for Foreign Television. For the last decade of his life, Bradley was the host of the radio program “Jazz at Lincoln Center,” for which he also won a Peabody Award. And in 2005, the National Association of Black Journalists acknowledged Bradley’s impending legacy with its Lifetime Achievement Award.