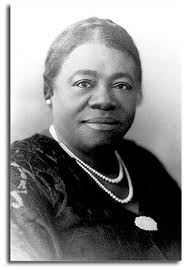 Mary Jane McLeod Bethune (July 10, 1875 – May 18, 1955) was an American educator and civil rights leader best known for starting a school for African-American students in Daytona Beach, Florida, that eventually became Bethune-Cookman University and for being an advisor to President Franklin D. Roosevelt.

Mary McLeod Bethune was born Mary Jane McLeod on July 19, 1875 in Mayesville, South Carolina to freed slaves Samuel and Patsy (McIntosh) McLeod.  Most of her 16 brothers and sisters were born into slavery. She was picked for a scholarship at Scotia Seminary in South Carolina, and later McLeod Bethune was provided funds to attend Moody Bible Institute.


Upon graduation Mary McLeod went to Palatka, Florida and began her teaching career.  During this period she met and married Albertus Bethune and had a son named Albert Bethune.  After a number of uneasy years of marriage, her husband Albert ran off and she never heard from him again.  Undaunted by life and her lot, Mary moved to Daytona Beach in 1904 to begin her own little cabin school.

By any standards it seemed improbable scheme for a poor, young, black, school teacher to make such an attempt to found a school with a total capital reserve of $1.50.

Mary McLeod Bethune picked a former landfill for her school site; it was swampland and thickly overgrown.  She promised to pay the owner $5 down and $5 a month, when she could.

In 1904, education for blacks was frowned upon in the deep south. Strong willed and of indomitable faith and spirit, Mary Bethune, industrious daughter of former slaves found her way during her lifetime to become one of America's foremost black educators, spokesperson for the advancement of her race, and  counselor to F.D. Roosevelt (who she even scolded once to his delight).

Her one-room school became the Daytona Normal and Industrial School for Negro Girls and taught not only reading and writing but home economics as well. Her school grew over the years until 1923 when it merged with Cookman Institute, a school for boys. The merged schools became known as Bethune-Cookman College and continues to be located in Daytona Beach where it is in operation today.  From beginnings of six students in a crude cabin in 1904, this work of Mary McLeod Bethune would boast a faculty of 100, over 1,000 enrolled students and a physical plant value of $1 million at the time of her death.

Bethune will be best remembered for her role as a national leader in the civil rights struggle.  She was the highest ranking black in the Roosevelt administration, pivotal in integrating the armed forces and Eleanor Roosevelt's partner in the founding of the United Nations.

Her impact in local politics while sometimes overlooked was great in steering Daytona Beach and the surrounding communities away from a period of fear and corruption.  Bethune had many powerful allies. She had powerful enemies as well, including former Daytona Beach mayor Ed Armstrong, and the Ku Klux Klan.

One night in November, 1920, while Bethune worked late in her office, she noticed that all street lights had gone out on Second Avenue.  From the direction of Beach Street, she heard car horns and horse hooves, then she saw a procession of people masked in white sheets following a burning cross. Ku Klux Klan intimidation was never far removed from her life, her struggles, nor her efforts.  At the time her school was an all black girl school, many of whom boarded on campus. The terrifying sight dredged up the images of the brutality and violence perpetuated against blacks since the times of slavery. 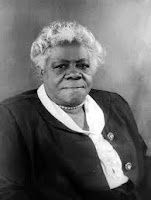 Brave Mary Bethune ordered the lights turned off on campus and all outdoor floodlights turned on.  The Klan was left standing in a pool of light, and watched by the terrified students, as Mary rallied her girls to sing spirituals. The Klan soon dispersed and scattered into the night.  That night was a turning point; the Klan failed to intimidate a 45-year-old black woman and a group of girls.

Bethune died in May, 1955 to the sorrow of the people she affected in Daytona Beach and in the nation.  A newspaper article announcing her death stated regret for the loss of McLeod Bethune and the less than honorable treatment she received from her own town as a woman of color. 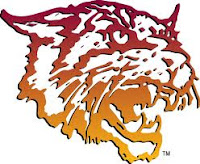 Thirty years later in 1985, Bethune was recognized as one of the most influential African American women in the country, with a postage stamp issued in her honor and a statue of her erected in a park in Washington, DC.