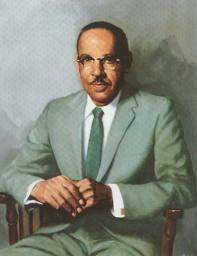 Vivien Theodore Thomas (August 29, 1910 – November 26, 1985) was an African-American surgical technician who developed the procedures used to treat blue baby syndrome in the 1940s. He was an assistant to surgeon Alfred Blalock in Blalock's experimental animal laboratory at Vanderbilt University in Nashville, Tennessee and later at the Johns Hopkins University in Baltimore, Maryland. Without any education past high school, Thomas rose above poverty and racism to become a cardiac surgery pioneer and a teacher of operative techniques to many of the country's most prominent surgeons. Vivien Thomas was the first African American without a doctorate to perform open heart surgery on a white patient in the United States.


Thomas was born in New Iberia, Louisiana. The grandson of a slave, he attended Pearl High School in Nashville in the 1920s. Thomas had hoped to attend college and become a doctor, but the Great Depression derailed his plans. He worked at Fisk University in the summer of 1929 doing carpentry but was laid off in the fall. In the wake of the stock market crash in October, Thomas put his educational plans on hold, and, through a friend, in February 1930 secured a job as surgical research technician with Dr. Alfred Blalock at Vanderbilt University. On his first day of work, Thomas assisted Blalock with a surgical experiment on a dog. At the end of Thomas's first day, Blalock told Thomas they would do another experiment the next morning. Blalock told Thomas to "come in and put the animal to sleep and get it set up". Within a few weeks, Thomas was starting surgery on his own. Thomas was classified and paid as a janitor, despite the fact that by the mid 1930s, he was doing the work of a postdoctoral researcher in the lab.

By 1940, the work Blalock had done with Thomas placed him at the forefront of American surgery, and when he was offered the position of Chief of Surgery at his alma mater Johns Hopkins in 1941, he requested that Thomas accompany him. Thomas arrived in Baltimore with his family in June of that year, confronting a severe housing shortage and a level of racism worse than they had endured in Nashville. Hopkins, like the rest of Baltimore, was rigidly segregated, and the only black employees at the institution were janitors. When Thomas walked the halls in his white lab coat, many heads turned.months after starting his job with Blalock and Thomas' savings were wiped out, he abandoned his plans for college and medical school, relieved to have even a low-paying job as the Great Depression deepened.

In 1943, while pursuing his shock research, Blalock was approached by renowned pediatric cardiologist Dr. Helen Taussig, who was seeking a surgical solution to a complex and fatal four-part heart anomaly called Tetralogy of Fallot (also known as blue baby syndrome, although other cardiac anomalies produce blueness, or cyanosis). In infants born with this defect, blood is shunted past the lungs, thus creating oxygen deprivation and a blue pallor. Having treated many such patients in her work in Hopkins's Harriet Lane Home, Taussig was desperate to find a surgical cure. According to the accounts in Thomas's 1985 autobiography and in a 1967 interview with medical historian Peter Olch, Taussig suggested only that it might be possible to "reconnect the pipes" in some way to increase the level of blood flow to the lungs but did not suggest how this could be accomplished. Blalock and Thomas realized immediately that the answer lay in a procedure they had perfected for a different purpose in their Vanderbilt work, involving the anastomosis, or joining, of the subclavian to the pulmonary artery, which had the effect of increasing blood flow to the lungs.

Thomas was charged with the task of first creating a blue baby-like condition in a dog, and then correcting the condition by means of the pulmonary-to-subclavian anastomosis. Among the dogs on whom Thomas operated was one named Anna, who became the first long-term survivor of the operation and the only animal to have her portrait hung on the walls of Johns Hopkins. In nearly two years of laboratory work, involving some 200 dogs, Thomas was ultimately able to replicate only two of the four cardiac anomalies involved in Tetralogy of Fallot. He did demonstrate that the corrective procedure was not lethal, thus persuading Blalock that the operation could be safely attempted on a human patient. Even though Thomas knew he was not allowed to operate on patients at that time, he still followed Blalock's rules and assisted him during surgery. 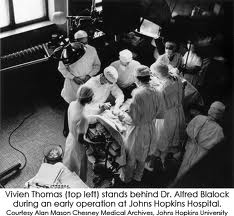 On November 29, 1944, the procedure was first tried on an eighteen-month-old infant named Eileen Saxon. The blue baby syndrome had made her lips and fingers turn blue, with the rest of her skin having a very faint blue tinge. She could only take a few steps before beginning to breathe heavily. Because no instruments for cardiac surgery then existed, Thomas adapted the needles and clamps for the procedure from those in use in the animal lab. During the surgery itself, at Blalock's request, Thomas stood on a step stool at Blalock's shoulder and coached him step by step through the procedure, Thomas having performed the operation hundreds of times on a dog, Blalock only once, as Thomas' assistant. The surgery was not completely successful, though it did prolong the infant's life for several more months. Blalock and his team operated again on an 11-year-old girl, this time with complete success, and the patient was able to leave the hospital three weeks after the surgery. Next, they operated upon a six-year-old boy, who dramatically regained his color at the end of the surgery. The three cases formed the basis for the article that was published in the May 1945 issue of the Journal of the American Medical Association, giving credit to Blalock and Taussig for the procedure. Thomas received no mention.

News of this groundbreaking story was circulated around the world by the Associated Press. Newsreels touted the event, greatly enhancing the status of Johns Hopkins and solidifying the reputation of Blalock, who had been regarded as a maverick up until that point by some in the Hopkins old guard. Thomas' contribution remained unacknowledged, both by Blalock and by Hopkins. Within a year, the operation known as the Blalock-Taussig shunt had been performed on more than 200 patients at Hopkins, with parents bringing their suffering children from thousands of miles away.

Thomas's surgical techniques included one he developed in 1946 for improving circulation in patients whose great vessels (the aorta and the pulmonary artery) were transposed. A complex operation called an atrial septectomy, the procedure was executed so flawlessly by Thomas that Blalock, upon examining the nearly undetectable suture line, was prompted to remark, "Vivien, this looks like something the Lord made." 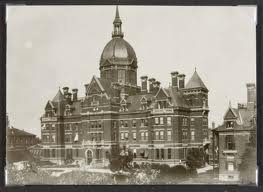 To the host of young surgeons Thomas trained during the 1940s, he became a figure of legend, the model of a dexterous and efficient cutting surgeon. "Even if you'd never seen surgery before, you could do it because Vivien made it look so simple," the renowned surgeon Denton Cooley told Washingtonian magazine in 1989. "There wasn't a false move, not a wasted motion, when he operated." Surgeons like Cooley, along with Alex Haller, Frank Spencer, Rowena Spencer, and others credited Thomas with teaching them the surgical technique that placed them at the forefront of medicine in the United States. Despite the deep respect Thomas was accorded by these surgeons and by the many black lab technicians he trained at Hopkins, he was not well paid. He sometimes resorted to working as a bartender, often at Blalock's parties. This led to the peculiar circumstance of his serving drinks to people he had been teaching earlier in the day. Eventually, after negotiations on his behalf by Blalock, he became the highest paid technician at Johns Hopkins by 1946, and by far the highest paid African-American on the institution's rolls. Although Thomas never wrote or spoke publicly about his ongoing desire to return to college and obtain a medical degree, his widow, the late Clara Flanders Thomas, revealed in a 1987 interview with Washingtonian writer Katie McCabe that her husband had clung to the possibility of further education throughout the Blue Baby period and had only abandoned the idea with great reluctance. Mrs. Thomas stated that in 1947, Thomas had investigated the possibility of enrolling in college and pursuing his dream of becoming a doctor, but had been deterred by the inflexibility of Morgan State University, which refused to grant him credit for life experience and insisted that he fulfill the standard freshman requirements. Realizing that he would be 50 years old by the time he completed college and medical school, Thomas decided to give up the idea of further education.

Blalock's approach to the issue of Thomas's race was complicated and contradictory throughout their 34-year partnership. On the one hand, he defended his choice of Thomas to his superiors at Vanderbilt and to Hopkins colleagues, and he insisted that Thomas accompany him in the operating room during the first series of tetralogy operations. On the other hand, there were limits to his tolerance, especially when it came to issues of pay, academic acknowledgment, and his social interaction outside of work.

After Blalock's death from cancer in 1964 at the age of 65, Thomas stayed at Hopkins for 15 more years. In his role as director of Surgical Research Laboratories, he mentored a number of African-American lab technicians as well as Hopkins' first black cardiac resident, Dr. Levi Watkins, Jr., whom Thomas assisted with his groundbreaking work in the use of the Automatic Implantable Defibrillator.

In 1968, the surgeons Thomas trained — who had then become chiefs of surgical departments throughout America — commissioned the painting of his portrait (by Bob Gee, oil on canvas, 1969, The Johns Hopkins Alan Mason Chesney Medical Archives) and arranged to have it hung next to Blalock's in the lobby of the Alfred Blalock Clinical Sciences Building.

In July 2005, Johns Hopkins Medical School began the practice of splitting incoming first year students into four colleges, each named for famous Hopkins faculty members that had major impacts on the history of medicine. Thomas was chosen as one of the four, along with Helen Taussig, Florence Sabin, and Daniel Nathans.

Following his retirement in 1979, Thomas began work on an autobiography, Partners of the Heart: Vivien Thomas and his Work with Alfred Blalock, ISBN 0-8122-1634-2. He died on November 26, 1985, of pancreatic cancer, at age 75, and the book was published just days later. Having learned about Thomas on the day of his death, Washingtonian writer Katie McCabe brought his story to public attention for the first time in a 1989 article entitled "Like Something the Lord Made", which won the 1990 National Magazine Award for Feature Writing and inspired filmmaker Andrea Kalin to make the PBS documentary "Partners of the Heart," which was broadcast in 2003 on PBS's American Experience and won the Organization of American Historians's Erik Barnouw Award for Best History Documentary in 2004. McCabe's article, brought to Hollywood by Washington, D.C. dentist Irving Sorkin, formed the basis for the Emmy and Peabody Award-winning 2004 HBO film Something the Lord Made.

Thomas's legacy as an educator and scientist continued with the institution of the Vivien Thomas Young Investigator Awards, given by the Council on Cardiovascular Surgery and Anesthesiology beginning in 1996. In 1993, the Congressional Black Caucus Foundation instituted the Vivien Thomas Scholarship for Medical Science and Research sponsored by GlaxoSmithKline. In Fall 2004, the Baltimore City Public School System opened the Vivien T. Thomas Medical Arts Academy, and on January 29, 2008, MedStar Health unveiled the first "Rx for Success" program at the Academy, joining the conventional curriculum with specialized coursework geared to the health care professions. In the halls of the school hangs a replica of Thomas's portrait commissioned by his surgeon-trainees in 1968. The Journal Of Surgical Case Reports (JSCR) announced in January 2010 that their annual prizes for the best case report written by a doctor and best case report written by a medical student would be named after Thomas.